A black hole is anything but empty space. Rather, it is a great amount of matter packed into a very small area. A black hole is a region of spacetime where gravity is so strong that nothing — no particles or even electromagnetic radiation such as light — can escape from it. The theory of general relativity predicts that a sufficiently compact mass can deform spacetime to form a black hole. 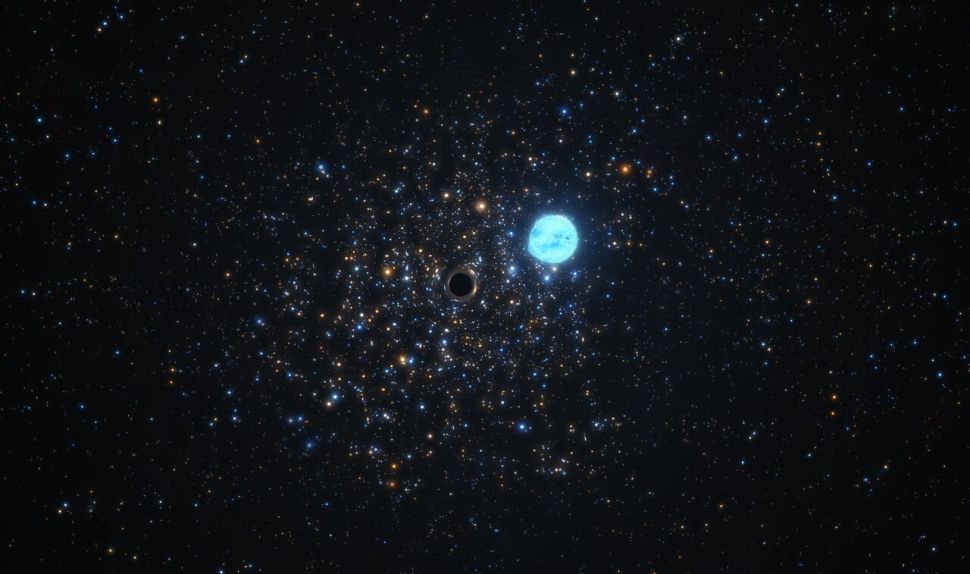 Finding a black hole isn’t straightforward, and it’s even harder the more distant such a behemoth is.

Because black holes absorb all flavors of light, telescopes typically can’t see them directly. But any black hole will leave fingerprints: for instance, its gravity will influence the movements of objects around it — and those objects, telescopes can study. Now, chasing one such clue, astronomers have found a black hole in a cluster just outside the Milky Way, making it the first black hole ever spotted beyond our own galaxy with this technique.

The astronomers made the discovery using the European Southern Observatory’s Very Large Telescope (VLT), which is perched atop a desert mountain in northern Chile. The researchers turned the VLT’s eyes upon NGC 1850, a cluster nestled in the neighboring Large Magellanic Cloud about 160,000 light-years away from Earth. Here, scientists could look at thousands of stars in one go.

If you want more detail information, I suggest you to visit space.com or NASA official website.